I had the pleasure of spending Christmas and New Year’s in Panamá this year! Very often poor Panamá is overshadowed by its neighbor Costa Rica, but after 11 days in the country I think it’s on the fast track to becoming the next hot spot in Central America.

We began celebrating Christmas with Family in Panamá City, which was in my opinion underwhelming. It’s a very large and modern looking city with loads of Sky Scrapers, but otherwise just like any other big city. Panamá is leading the rest of Central America economically, but look at the trash covered streets and you’re reminded that it is still a Developing Country.

We basically only had one day to sight see in Panamá City, and after a night out we accidentally slept until noon. We first made our way to Casco Viejo, the Old Town which was originally founded in 1671 by Captain Morgan as a walled city to protect its settlers against ongoing sieges on the city. Of everything I saw of the city, Casco Viejo really has a lot of potential BUT everything was under construction and no shops were open, which I found odd. I would definitely like to go back to Casco Viejo when  construction is complete.

Christmas decorations in a cute park in Casco Viejo 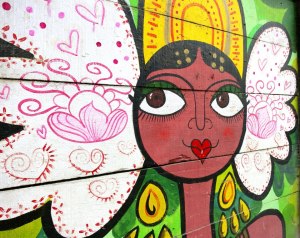 After walking around in the 90 degree heat for about an hour and a half, we decided it was Beer Thirty and took bar seats at Vieja Havana. It was here that I realized that the next 10 days would be painful without the delicious American Craft Beers I’ve grown to love. After testing Panama and Atlas, I settled on Balboa as my beer of choice during my stay. Might I also mention they do make a nice mojito here 🙂 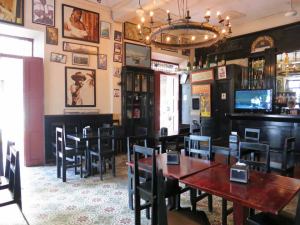 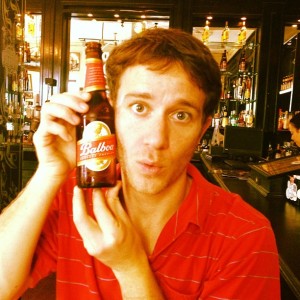 After a few drinks we hitched a Cab to the Miraflores lock at The Panama Canal. Because they were closing in 15 minutes, the guard let us in without charging us the $8 entrance fee. Poor planning on my part I suppose, but I blamed it on the Balboas! We took a few pictures of the amazing lock system and left. I’m a little bummed we didn’t get to spend more time there but there’s always next time!

Miraflores lock of the Panama Canal

Overall I enjoyed Panamá City and it serves as a comfortable jumping off point for the rest of the country, but there isn’t too much to really do. So if you’re heading to Panamá City, take The New York Time’s advice and only spend 36 hours there.