After a few days visiting drinking in Panama City, we were ready for some peace and quiet. After a quick flight to David we got off the plane and after meeting a fellow San Franciscan at the David airport (small world huh?), the three of us negotiated a $12 a person cab ride to The Lost and Found Eco Hostel. An hour-long cab ride later and we were there!

I remember reading on the website that the hike into the hostel was difficult, but you really cannot underestimate that hike! It’s not terribly difficult unless: 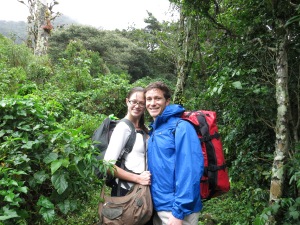 I was not dressed for this hike!

Lost and Found hostel is an Ecolodge in La Fortuna Cloud forest in the Chiriqui Province of Panama. What I initially found interesting about the hostel is that they are a true ecolodge in the sense that they did not cut down any trees to build the lodge. It’s pretty evident when you stay there that it was built as eco-friendly as possible, which sometimes means big misshapen steps which are sometimes difficult to navigate, especially after several cervezas.

Because I have never been to a Rain Forest or Cloud Forest of any sort, I was blown away by the number of animals I saw every day there. Waking up in the morning to the chirps of brightly colored birds and monkeys isn’t something I’ve experienced much. If you don’t like animals and bugs, I’d suggest not visiting the Cloud Forest in Panama. The place was crawling (literally) with olingos, monkeys, and LOTS of spiders. 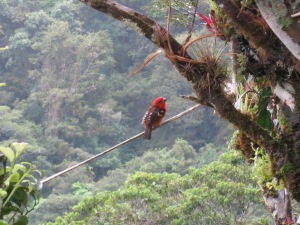 This was a small one, if you can imagine

L&F also serves as an animal rehabilitation center, and now houses a vicious White Faced Monkey and a very friendly little kinkajou named Rocky. WTF is a kinkajou you ask? Yeah I had never heard of the adorable little creatures also. They would make great pets minus that they’re nocturnal and their diet, I think I’ll stick with a dog. Unfortunately I wasn’t able to get a good shot of Rocky, but here’s a cute one from their website.

Apparently the monkey doesn’t enjoy the company of women, and has been known to bite them. Needless to say I stayed away.

The first two days we had a really fun lively bunch of people, and several nights spent up late (11pm is late in the jungle) drinking Ron Abuelo, playing card games, and trading travel stories. Now I remember why I love hostels so much!

Our Home for 3 nights

Bugs aside, the best part about Lost & Found were the tours and hikes nearby. After completing most of the hikes on their property, we walked 30 minutes down the road to hike the trails at Finca de Suiza. These trails are definitely not as well maintained as I’m accustomed to, and definitely got the heart pumping. We also did the Hot Springs tour with a few of the hostel crew on Christmas day. I usually take showers or baths that others find unreasonable, but these hot springs were also no joke and I found REALLY hot. 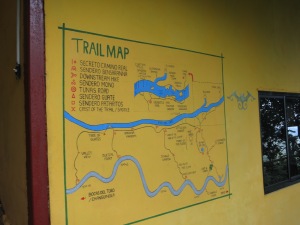 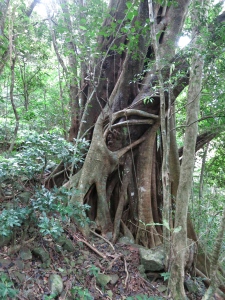 Interesting tree along the hike

Hiking along a river 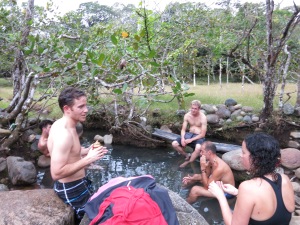 Crew at the Hot Springs 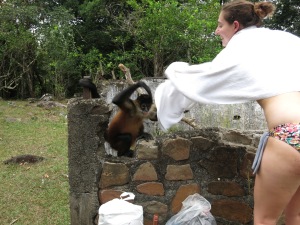 I was truly sad to leave Lost & Found, but the show must go on! Up next beach time in Bocas del Toro!!!